Conductor LUCY ARNER brings to the podium a special affinity for Italian and French opera that is enhanced by her vast experience working in some of the world’s greatest opera houses such as the Gran Teatre del Liceu in Barcelona and the Metropolitan Opera. She is the new Music Director and Principal Conductor of the New Jersey Verismo Opera and the Artistic Director of Canto Vocal Programs for singers.

Known as “a true singer’s conductor,” Lucy Arner made her professional debut in 1996 conducting Puccini’s Suor Angelica and Menotti’s The Telephone at the Teatro Mancinelli in Orvieto, Italy.  Ms. Arner has conducted opera and concerts all over the world, and was the first woman to conduct opera in Mexico City’s historic Palacio de Bellas Artes.  She was appointed Artistic Director of the New York Chamber Opera in November 2000, making her debut with the company conducting an exciting and controversial production of Britten’s Rape of Lucretia.  Under her direction, the Chamber Opera carved out a unique niche in New York’s operatic landscape, presenting works like Purcell’s Dido and Aeneas. Time Out Magazine called it “a novel, timely interpretation by the innovative New York Chamber Opera, led by gifted conductor Lucy Arner”.

Ms. Arner made her South American debut in Lima, Perú with a new production of Puccini’s Madame Butterfly in 2001, followed by Verdi’s Il Trovatore and Puccini’s Tosca.  As reviewed in Lima’s El Comercio “Lucy Arner conducted the orchestra revealing impeccable technique as well as a profound knowledge of the style and the score.”  She made her New York City Opera debut conducting scenes from Richard Danielpour’s opera Margaret Garner and led “an elegant reading of Mozart’s Magic Flute” for Mexico’s Festival Internacional Tamaulipas, as described by ProOpera Magazine. 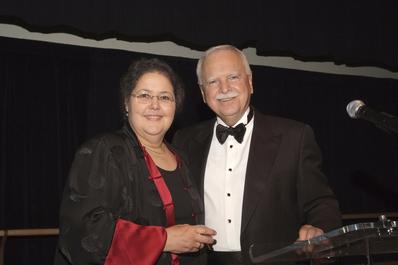 After a performance of "Florencia en el Amazonas" with composer and dear friend Daniel Catán at the University of Houston. He is greatly missed.

At the Tales of Hoffmann opening night dinner with Bob Heuer after the presentation of Florida Grand Opera's Henry C. Clark Award for the season's Outstanding Conductor

From Barcelona's Teatre Liceu: with Placido Domingo in Giordano's Fedora,

and with Dame Joan Sutherland as Donizetti's Lucia di Lammermoor -

and at the Metropolitan Opera with

Ms. Arner was invited to conduct a special televised performance of the Verdi Requiem on Good Friday in Santo Domingo, leading the Orquesta Nacional and the 140-voice Choir of the Catedral Primada de America. Ms. Arner made a sensational debut with Florida Grand Opera becoming the first Cuban woman to conduct an opera with the company and received the Henry C. Clark Distinguished Conductor Award for her work on the company’s acclaimed production of Jacques Offenbach’s Les Contes d’Hoffmann.  Opera News wrote: “Conductor Lucy Arner, making her FGO debut, scored a well-deserved success.  The orchestra sounded wonderful, and she traversed the tricky patchwork of moods and meters that make up Hoffmann with apparent ease and abundant style.”

Born in Santiago, Cuba, Lucy Arner began her musical studies at the age of twelve.  She attended Baldwin-Wallace College, Indiana University, receiving Bachelor of Music and Master of Music degrees and continued her doctoral studies at the University of Miami.  She has been honored with Distinguished Alumnae awards from both Baldwin-Wallace College and the University of Miami.  Currently she is on the faculty of Mannes College of Music and coaches privately in New York City in addition to her busy conducting schedule. 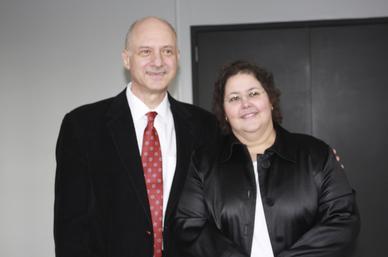